Sunday after church, my family drove directly to the airport just around the corner and loaded into our airplane. We had planned a flight up north to the Skagit Regional Airport because I thought we might be able to sneak in a preview of the Heritage Flight Museum before their official opening in a couple weeks. 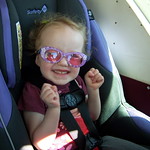 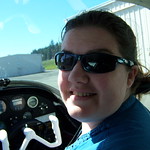 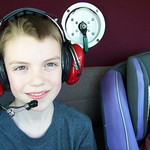 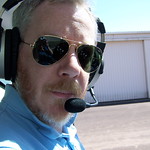 We took off into completely blue skies, warm temperatures, and mostly stable air. There were a few annoying bumps along the way up, but not too bad. What made the trip up north particularly stressful was a couple different pilots who thought it would be a great idea to fly up really close to us to get a good look at our strange airplane. 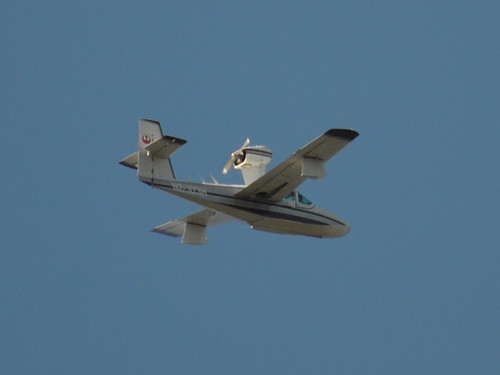 Yes, I get that we fly a weird-looking contraption. Yes, the propeller is up on the back and points the “wrong way.” But if you’re a pilot, please don’t misinterpret these things as a grand invitation to fly up within a few hundred feet of me. It freaks me out.

To avoid flying into Whidbey Island Naval Air Station airspace (a bad idea unless you get radio clearance, because guys in fast jets with big guns), I took a slight right turn after crossing the Whidbey Island southern shoreline, which put us on a track over Stanwood. From there, I just followed some railroad tracks until we encountered I-5, Mount Vernon, and eventually our destination airport. 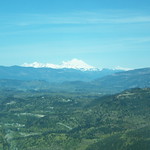 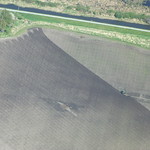 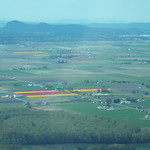 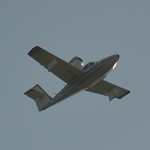 Heading into Skagit airport, I noticed there were quite a few folks in the air, many of them reporting very low altitudes. (Like in the 400 to 700 feet range.) I was up at 1,200 because traffic pattern at the airport is about 1,110 and the nearby Whidbey Island Naval Air Station airspace starts at 1,300. Everybody on the radio was quite friendly, and the Skagit airport airspace itself was clear of traffic except for a single helicopter. Then it dawned on us what was going on.

What we didn’t realize what that this weekend was the Tulip Festival, where tulip growers all over the Skagit Valley show off their tulip crops. Turns out that the museum was closed, but we discovered a wonderful place to eat on the field called the Kitty Hawk Café. I recommend the tort. Alexander ate too much. Sharalyn ordered a “side salad,” which turns out was large enough to take up about half the table space. (I’m exaggerating, but not much.) 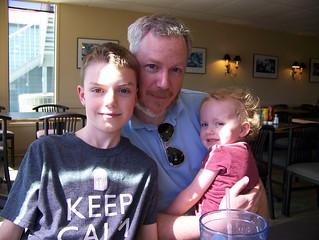 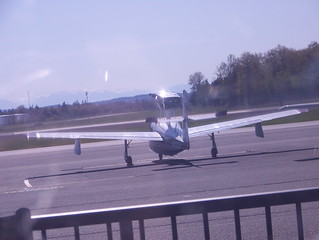 After eating, we loaded back up in the airplane and headed out. On our way, we took in some sights of the Tulip Festival from the air. I didn’t feel comfortable flying at only a few hundred feet, especially since there were quite a number of other craft around. So we flew out at 1,100. Even at that altitude, we were able to get some great pictures of the tulips. 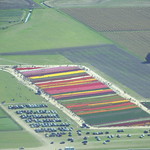 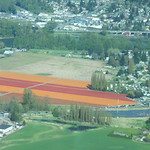 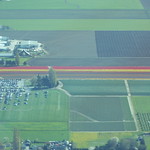 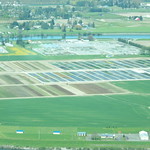 What really struck me, though, was the traffic. Not in the air, but on the ground. The interstate was a parking lot for miles. I mean, miles. I couldn’t see the end of it. Everywhere you looked, there were cars. Whole fields had been transformed into parking lots, and most were full. 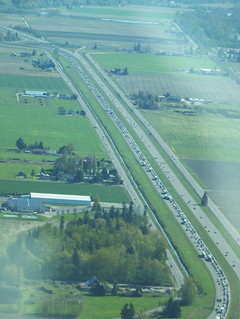 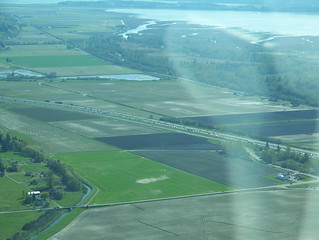 The flight back was much more enjoyable than the flight up. The air was a bit smoother, and there weren’t any crazy pilots trying to fly up close to me. It began to dawn on me just how lucky we were to be able to fly up and back. If we would have driven in a car, it would have taken us about 4 and a half hours round-trip, and that’s assuming no traffic. Given the freeway parking lot situation, I imagine we’d have spent more than 6 hours in the car, quite possibly a lot more.

I have to say, I think the Burlington and Mount Vernon areas are quite beautiful. There’s extremely flat farm land that ends with the Padilla Bay in the north and the Skagit Bay in the south. Then all around are seemingly random mountains that just straight pop up out of the flat. To the east are the Cascades and Mount Baker, which are majestic and beautiful in their own right. Perhaps next time, we’ll go just a few minutes more and end up in Bellingham.